COVID-19 Update 03/17/2020: We will be closed for a minimum of 3 weeks and will re-evaluate at the end of the 3 week period on 4/7/2020. More Info
Your restorative dentist serving dental patients from Chalfont, Montgomeryville, Doylestown, Warrington, Upper Gwynedd, Lower Gwynedd, Lansdale, Horsham, and surrounding 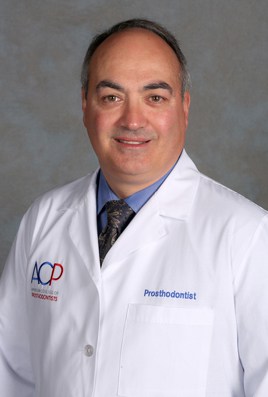 Dr. Donatelli has been a member of the American College of Prosthodontists since 1982. He has served on various ACP committees and currently serves on the Governance Review Task Force. He was a member on the ACP Task Force on Occlusion and a contributing editor to the Occlusion e-Book. He has served as Chair of the ACP Predoctoral Educators Meeting and completed the ACP Spokesperson’s Network Training in 2016.

Dr. Donatelli is a member of the American Academy of Fixed Prosthodontics. He has served on the Board of Directors and various AAFP committees; Exhibits, Budget and Finance, Credentials and currently the Strategic Planning Committee.

Dr. Donatelli served as the Team Dentist for the 5 Time Stanley Cup Champion Pittsburgh Penguins. He has 3 Stanley Cup Rings from his tenure as team dentist.

We're looking forward to giving you the quality smile you deserve!

With the three top dentists in their respective fields, Highpoint Dental Medicine is proud to have the best of the best dentists in Chalfont under one roof.